The Blue Series, “Barbados Blue,” “Bellissimma Blue,” and “Barcelona Blue,” was inspired by thoughts that I wrote down in November 2012.  The books’ themes of love and nature were based around these words:

She found herself drawn to blue. The gravitational pull of the tides in the majestic aquamarine ocean. The infinite expanse of the vast indigo sky. The gentle warmth of his soft turquoise eyes.

And inevitably, the unbearable pain of despair.

If she had tapped in to the energy surrounding her, the path, her destiny, she would have seen the collision coming. She could have prepared herself for experiencing the explosive merging of the Blues, the most volatile, deepest midnight Blue encounter that the human being is capable of living and loving.

And with that prologue the first novel in the “Blue Series” was born. The books took a long time to complete because they were written in my “spare time” while I was employed in the corporate world. To authenticate Barbados culture I investigated everything I could about the island. I spent almost three years researching the first two books, “Barbados Blue” and “Bellissimma Blue.” Then it was time…time for an on-sight visit!

In early 2015 I announced to my husband that we were going to Barbados. Now here we were living in Arizona. That meant that we would need to fly to Miami and then take another flight to the island. It would take all day and part of the evening to even get there. To prepare him mentally for the lengthy journey I first showed him where Barbados was located, a tiny speck way out in the Caribbean. He was unnerved.

“That little tiny island all the way out there in the middle of nowhere? I’m not going!”

Images of my protagonist Bellissimma journeying solo for the first time swirled in my head.

“I don’t want to be shark and whale bait!”

“So you would rather crash on land than on sea?”

“How long’s the flight over water?”

Images began swirling back in my head.

“Too bad because I’ve found the perfect place to stay. And I know where to visit on the island. I’m going to have lots of fun and adventures.”

“You’ll probably meet some sexy Barbados hunk like in your book.”

So in October 2015 we departed for the trip of a lifetime. I wanted to see all the places that I wrote about. To do so we hired a wonderful taxi driver, Andrew. I offered to give him a role in the books but when I told him it was an erotic romance he declined. Andrew was incredible. He took us everywhere we wanted to go and more. We saw beaches, downtown, the Platinum Coast, windmills, sugar cane fields, colorful shacks, and sprawling mansions. I kept telling Andrew that I wanted to see green monkeys. He said that was unlikely, but see them we did! We met Rastafarians, cabana boys, fishermen, an Olympian windsurfer, restaurant owners, lounge singers, and an even a spell-casting Obeahman. We climbed the most gorgeous cliffs, walked across pink sandy beaches, ate literally the best fish sandwich in the world, and partied at Oistins fishing village on Friday night. I took a surfing lesson and wiped out, we went to the notorious Sam Lord’s castle, and we took our first catamaran cruise where we snorkeled and swam with the turtles.

The locals are welcoming and wonderful. Their traditions are a blend of West African and British cultures. I learned so much more about the island in person that I incorporated even more adventures into my books.

Oh and when we returned home, Ernesto proclaimed, “That was the best vacation of my life!”

Here are some of my favorite photos from the trip: 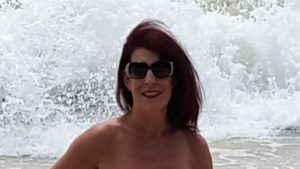 That’s me in Barbados! 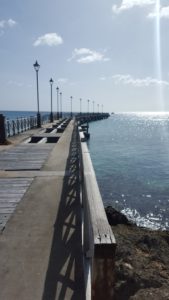 Speightstown Pier. Bellissimma has a rendezvous with Benjamin here in “Barbados Blue.” Notice the blue ray shining down from the sky. Uncanny! 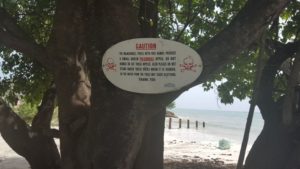 The Manchineel Tree, the most dangerous tree in the world! It inspired a chapter in both “Barbados Blue” and “Bellissimma Blue.” 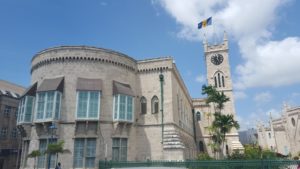 The Parliament Building. You’ll read about this in “Barcelona Blue.” 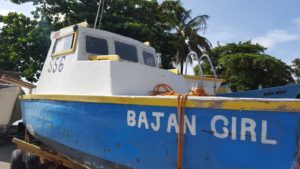 Bajan Fishing Boat — Benjamin travels on one of these boats in “Barbados Blue.” 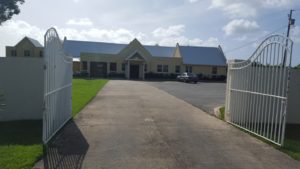 The Children’s Home where baby Bella resides, in “Barbados Blue” and “Bellissimma Blue.” 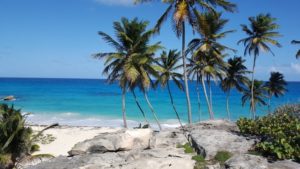 Bottom Bay — absolutely breathtaking! The scene of a thrilling chapter in “Bellissimma Blue.” 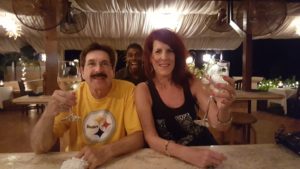 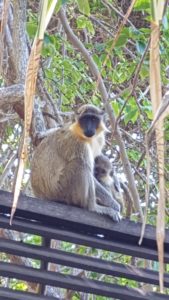 Green Monkey Mama and Baby– a scene in “Barbados Blue.” 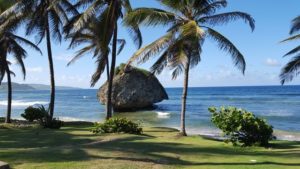 Mushroom rock in Bathsheba, home of Benjamin in “Barbados Blue.” 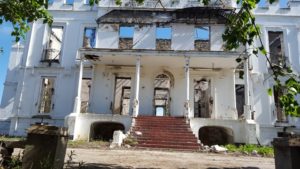 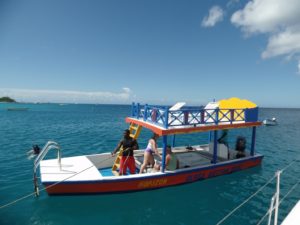 Glass bottom boat. You’ll ride on this in “Barbados Blue.” 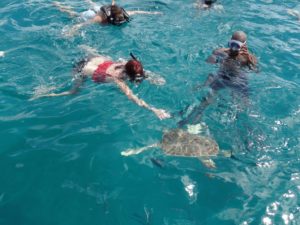 Catamaran Cruise. Swimming with the turtles. You’ll do so in “Barbados Blue.” 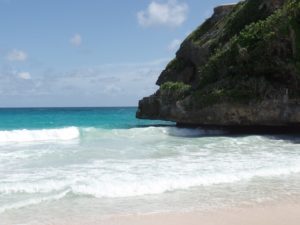 Cliffs of Crane Beach where Bellissimma parasails to the magic pond in “Barbados Blue.” 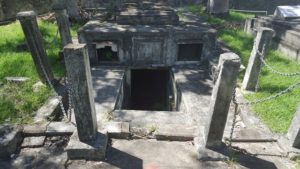 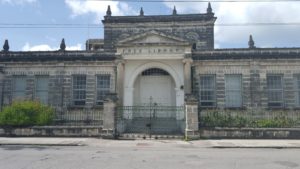 The Main Library where Bellissimma researches orbs. From “Barbados Blue.”