A mere two years after the Barbados trip I was in the process of writing “Barcelona Blue.”  I had spent plenty of time researching the city. Now it was time to visit Spain to complete my research. So once again I approached Ernesto.

“Again? We’ve vacationed in Mission Beach for the last 20 years. Let’s go somewhere new. Plus I need to research for my new book.”

“You can go without me.”

Silence. I didn’t broach the subject again until we were having lunch several months later with our good friend Sal. He told us, “Hallie and I are going to Barcelona in September.”

I whirled around in my seat and uttered “Lucky! I want to go there but Ernesto won’t have anything to do with Europe.”

I looked at Sal and shrugged, defeated. He gave me a forced grin.  Then I looked at Ernesto, eyebrows raised. Hopeful.

Sal hastily replied, “Then it’s all set! We’ll look for an Airbnb for the four of us right away!”

Later I reminded Ernesto that Barcelona was a safe place to visit. “No terrorism ever happens in Spain,” I reassured him.

Three weeks before our trip the unthinkable happened. Terrorist ran over helpless pedestrians on the lovely streets of Las Ramblas in Barcelona. I broke the tragic news to Ernesto.

“Honey, it will be safer there than ever now. Lightening doesn’t strike twice. Don’t worry. We’ll be fine.”

“We need to change our destination. We can go to the Caribbean. It’s safer there. Or to San Diego.” (Devastating hurricanes hit the Caribbean the week of our vacation to Spain).

“Well I’m going with Sal and Hallie, with or without you.”

While we didn’t have a loyal taxi driver like our Bajan Andrew, we certainly experienced a variety of taxi drivers, including a dishonest man who drove us on a lengthy detour just to increase his fare and a fun driver who sang verses from the “Love Boat” with Ernesto as we passed by cruise ships. We admired incredible architecture, toured La Sagrada Familia, La Pedrera, Museu Nacional d’Art de Catalunya, where we admired  an original Picasso, swam in the Mediterranean Sea at Mar Bella beach, tasted tapas, inadvertently marched in the Catalonia independence protest, visited Las Ramblas, not once but three times,  and visited La Monumental, the closed bull-ring. And drank lots of sangria!

And yes, as in the novel, a man really did set up karaoke in the Metro car and sing “Hello Mary Lou!”

Here are some of my favorite photos from the trip: 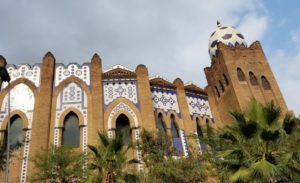 La Monumental, the bull-ring, where lots of action takes place in “Barcelona Blue.” 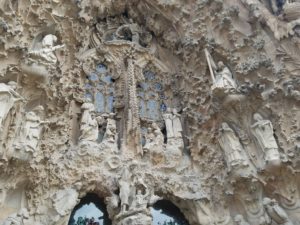 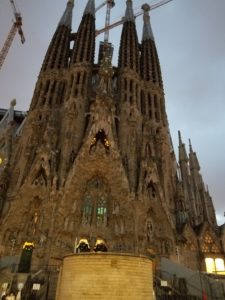 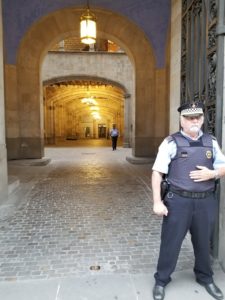 City Hall. No he would not let me in! 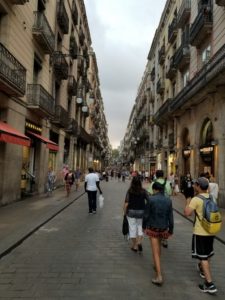 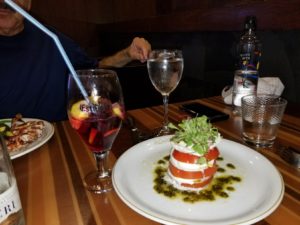 Tapas and sangria. In “Barcelona Blue.” 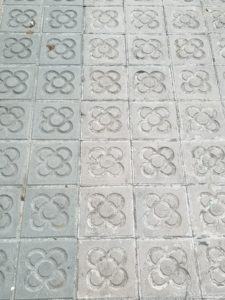 Tile or panots, the “Flor de Barcelona.” In “Barcelona Blue.” 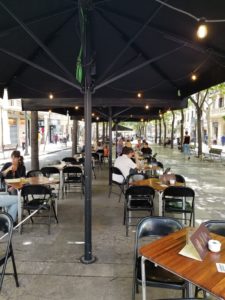 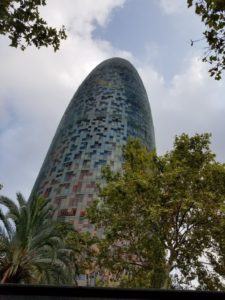 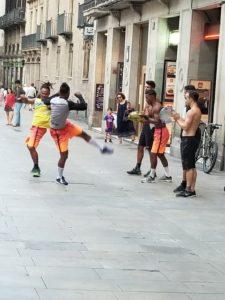 Street entertainers in the Gothic Quarter, from “Barcelona Blue.” 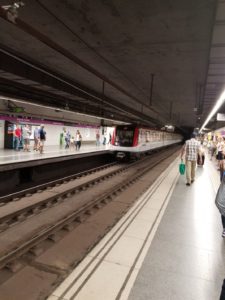 The Metro, in “Barcelona Blue.” 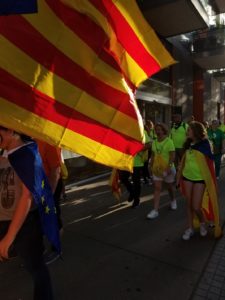 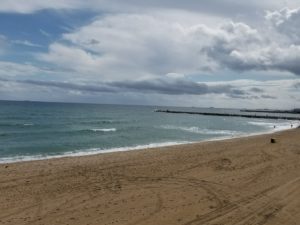 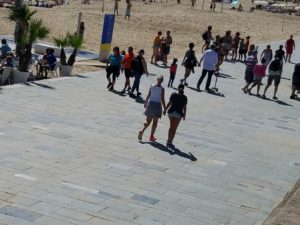 “Mariah and Simone” at Mar Bella Beach from “Barcelona Blue.” 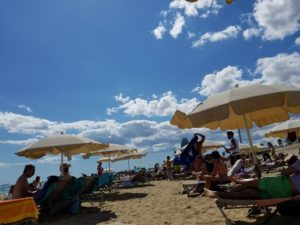 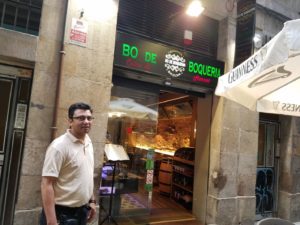 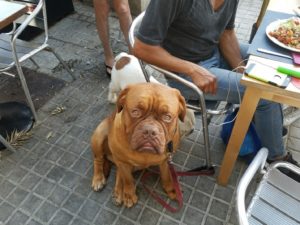 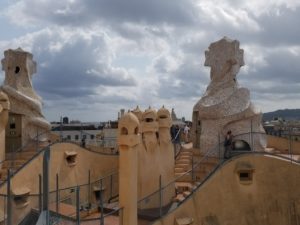 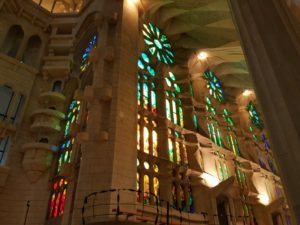 Inside of La Sagrada Familia – in “Barcelona Blue.” 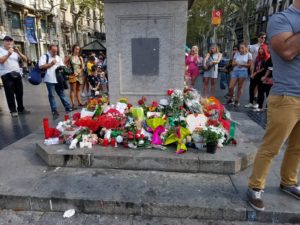 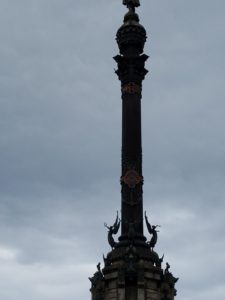 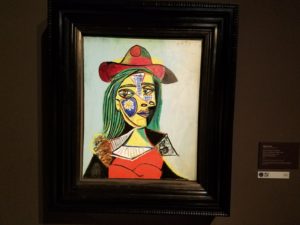 “Woman in Hat and Fur Collar” – Painting by Pablo Picasso 1937